Skip to content
Home / Coffee & Tea / Coffee Knowledge / For The Love of Decaf: A Glimpse Into the Rise of Decaffeinated Specialty Coffee

For The Love of Decaf: A Glimpse Into the Rise of Decaffeinated Specialty Coffee People have consumed coffee for its stimulating effect since the beginning. Legend has it that Kaldi, a goat herder in Ethiopia, discovered coffee cherries when he noticed how energetic his goats were after eating the fruit from a specific tree. After sharing his findings with a local monastery, word of the energy-producing fruit spread.

Humans have consistently sought coffee for its caffeine content ever since, from the 17th-century coffeehouses strewn out across Europe to coffee blends today purposefully aiming for higher caffeine levels. So, when did decaf coffee, or coffee with virtually no caffeine, come into the mix? And how did we get to the point where people actively campaigned against it, proclaiming “Death Before Decaf”?

In the grand history of coffee, decaffeinated coffee has only been around for a little over a century—bringing with it a complicated history full of triumphs and trouble.

A Brief History of Decaf Coffee

Although people have consumed coffee for centuries, decaf only entered the conversation just over 100 years ago.

Ludwig Roselius developed the first commercial decaffeination process in the early 1900s after believing his father, a professional coffee taster, had died prematurely due to excessive caffeine intake. He then patented his technique and launched his German company, Kaffee Hag, in 1906. The rest of the world knows this brand better as Sanka.

Sanka, named for “sans caffeine,” quickly became a global hit synonymous with the color orange. Restaurants often used a coffee pot with an orange handle to indicate which vessel contained the decaffeinated coffee. Did restaurants across the nation come together and agree to use orange handles to mark the decaf coffee pot? Of course not; it was a marketing gimmick from Sanka, developed after being sold to General Foods. As a promotional tactic, Sanka sent orange handle coffee pots matching the product’s notable branding to restaurants all over the country.

As interest in decaffeinated coffee grew, so did concerns about caffeine consumption. In a 1932 ad run by Sanka, the company paints a relatable narrative about coffee’s tantalizing flavors and the consequential restlessness, positioning its coffee as a flavorful, caffeine-free alternative. Naturally, sales of decaffeinated coffee—both instant and brewed—skyrocketed. In the 1980s, nearly 25% of coffee consumed in America was decaf. Decaf coffees like Brim, Sanka, Nescafe Taster’s Choice, and more became household names.

Conflicting health claims about coffee are nothing new, and decaf coffee fell victim to these worries throughout the 1970s and 80s. Studies sponsored by the National Cancer Institute discovered that trichloroethylene (TCE)—a solvent used in the decaffeination process—caused cancer in rats.

Companies then switched to methylene chloride, a solvent in the decaffeination process still used today, but not without its fair share of health concerns. Some brands, like Nescafe, hopped on the methylene chloride fear train, promoting its “naturally decaffeinated” process using water.

Decades of back and forth claims over decaf coffee’s safety, coupled with the rise of caffeine’s popularity, put decaffeinated coffee consumption as the target of jokes and anti-decaf marketing. Eventually, the “Death Before Decaf” mantra became a familiar refrain for consumers everywhere—this Folgers commercial from the 90s even pokes fun at decaf’s reputation among coffee drinkers. The damage was done.

Now, the specialty coffee market is working to reverse the damage by making higher-quality decaf coffee accessible to all. Many companies are fully dedicated to decaf, including Savorista and Decadent Decaf, and in 2020, Cole Torode placed third at the Canadian Barista Championships using decaffeinated and low-caffeine coffees in his routine.

The Consumer Push for Better Decaf

According to a 2018 report from Swiss Water Decaf, 61% of decaf drinkers actively seek out and are willing to pay higher prices for better quality decaf coffee. With millennials leading the charge for better decaf, coffee shops are beginning to experience a higher demand for tasty decaf drinks.

“There’s both an increased demand for decaf coffee and a focus on specialty decaf,” says Kaitlin Higgins, Head of Marketing and Communications at Rebel Dog Coffee Co. “Even before we began roasting coffee ourselves, we always had the ethos of providing excellent options for decaf drinkers. They’re the customers drinking coffee for the flavor, not just the caffeine. A lot of customers are grateful that we offer a great decaf to drink.”

In a 2018 survey from the National Coffee Association, 62% of coffee-drinking consumers report “it is important to limit my caffeine intake.” Decaffeination removes around 97% of a coffee’s caffeine content, resulting in roughly 2 mg of caffeine per cup. For comparison, a typical cup of coffee contains about 95 mg of caffeine.

Benson agreed, “I wanted something a little easier in the afternoon. I’m even finding myself drinking our Session Blend, a half-caf coffee, in the morning to ease into the day too.”

Naturally low-caffeine coffee varieties exist for those not ready to completely cut out caffeine, such as Laurina and Racemosa. Daterra Farms, an esteemed coffee estate in Brazil, also produces a low-caffeine varietal named Amarosa, a crossbreed between Coffeea Arabica and Coffeea Racemosa.

Is Investing in Decaf Coffee Worth It?

The challenge for most coffee companies is the cost of obtaining high-quality decaffeinated and low-caffeine green coffee, especially considering where decaf coffee currently stands in the market. Even as demand steadily rises, decaf coffee beverages and beans still only make up a tiny fraction of annual sales at the average coffee shop. As of 2020, decaf coffee remains the least consumed coffee beverage in the United States.

Benson explained that a quality-first mentality drove Rebel Dog Coffee Co.’s decision to invest more in decaf coffee. “Everything on your coffee menu should be something that you’re behind. With this in mind, we want our decaf to taste good, be a great product, and not be an afterthought,” says Benson. “We see a lot of people limiting caffeine for health reasons, and with wellness trends and more caffeine-conscious customers, I think we’ll continue to see an increase in decaf consumption.”

There’s no ignoring that top-tier decaf coffee is expensive, and decaffeination is an extra step along the coffee supply chain, often absorbed by roasters and coffee shops. “The price was high, but we knew that quality was our most important attribute,” Benson said.

Higgins agreed, “We want to make sure we’re paying more than the C-Market or importer-set prices. And because of that, we have a price range that we work with,” she says. “The decafs are in the higher end of that range, but for us, it’s important to have a high-quality decaf that we’re proud of and feel confident offering to people.”

With one solid decaf coffee as its anchor, Rebel Dog Coffee can offer two retail coffees and a multitude of decaffeinated beverages in-store—proof that an economical approach to specialty decaf coffee is possible.

A new era of decaffeinated specialty coffee is here. Albeit a slow but steady movement, Cole Torode puts it best in his competition routine, “The future of coffee might be strictly derived from flavor—and not a vehicle for us to get out of bed in the morning.”

Anne Mercer is a freelance writer specializing in helping brands and individuals carve out their space in the specialty coffee industry. She is also the co-owner of Victus Coffee, based in West Hartford, Connecticut. Visit her website at annemercer.com. 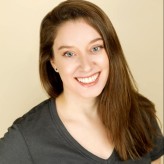 Anne Mercer is a freelance writer specializing in helping brands and individuals carve out their space in the specialty coffee industry. She is also the co-owner of Victus Coffee, based in West Hartford, Connecticut. Visit her website at annemercer.com.